California Pizza Kitchen does it again,makes me believe that pizzas are here to stay. That the coming generations wont be bored of the cheese laden maida leather like bases - kind of pizzas , churned out of the assembly line types factory.

Pizza, can taste fresh and deliciously inviting even today....what more costs start at 245 Rupees onwards only..


Coming to the menu...there are 7 fresh additions of the pizzas. I will talk about all 7 pizzas in a while..but before that, let me tell you a few other things of CPK.

CPK, chefs from the bandra outlet, are an amazing bunch of guys, who take pride in inventing and presenting new recipes.

My husband's office, is in the vicinity and whenever we get an opportunity to sneak out early from work, we do end up visiting a few places in bandra. Last time, I went all gaga over the place when CPK did the mexifornia event, we knew the next visit was on the cards.

This time around, we were lucky to have visited during the new pizza festival.

We both prefer thin crust pizzas, but with CPK we were ready to experiment and try out their pizzas with regular pan style crust. 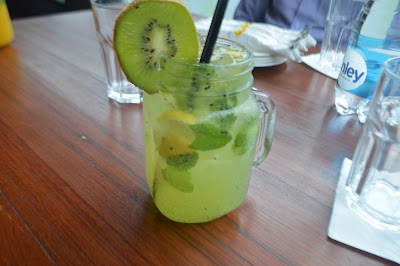 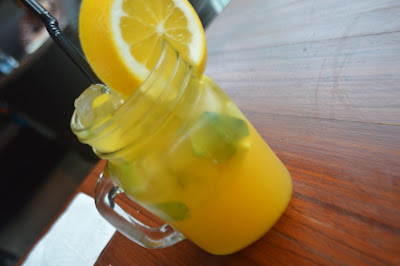 We tried a slice each of the 7 different pizzas, but because we were a group and could share. 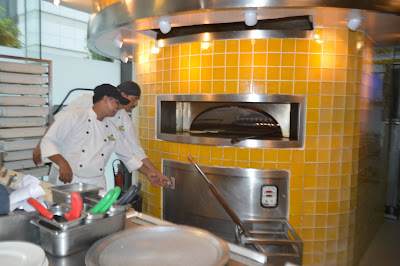 They have an open kitchen, and if you are keen to take a sneak peek into their kitchen, I would recommend taking the stool near the kitchen and enjoy your food being prepared live.

Talking about the location, I personally love their Bandra outlet, for it is a superb location, accessible from the western express highway, near BKC and in the Maker Maxity building. 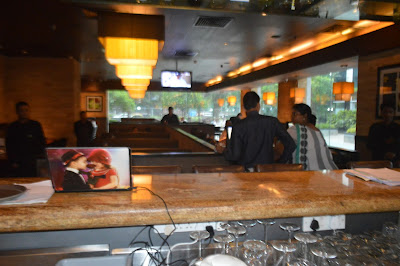 The music is slightly loud and probably the playlist tries to drown you into your own noises, that sometimes, I felt the need to shout out while talking on my own table.....but this could be me, as when eating out, for me, it is usually a quiet - fine dine place..and this pizzeria  for once offers that kind of ambiance , thus the expectations.

I requested for the menu and some pictures, and the chef promised to mail them out to me, which he promptly did along with the recipes....I cannot thank him enough for this....

My personal favorite was florentine...which had loads of garlic, mushrooms and cheese for its base sauce topped with spinach chiffonade and cherry tomatoes.

When this was recommended to us, the thought that hit my mind was that I hate cherry tomatoes, they are tart and full of seeds, but I loved the taste on this pizza , this is also when I was told that the cherry tomatoes were imported from Italy, well, wherever they were from, they tasted awesome. 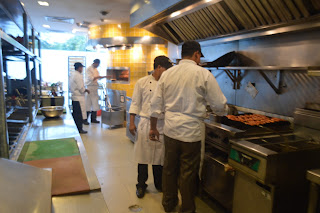 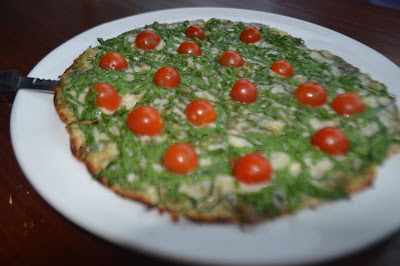 If you like garlic and cheese, this is for you...hands down.

Next is the single colored garden veg. Monotony is only in the appearance, from the moment you dig into this, the flavors start bursting one after the other, the sweetness of bell peppers followed by the tangy anaheim chilies and settling into the heat (mild) of green chilli sauce, this pizza needs to be tasted..
GARDEN VEG
Garden greens, spinach, green peppers, Anaheim chilies & mozzarella cheese on our traditional crust with freshly made green chilie sauce. 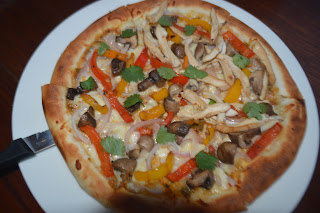 I was not expecting much from the roasted mushroom and pepper pizza, which as explained by the chef, is marinated mushrooms and pepper grilled and added as a topping on the base sauce made of the famous mexican baja sauce. The sauce is made super spicy with t he local indian green chilly - hari mirch and oh boy! is it good, we ordered for the sauce in a dish and also had the courage to take an extra serving of it. This one is a must try for those who love their pizzas hot and spicy
ROASTED MUSHROOM & PEPPER
Traditional crust topped with spicy baja sauce, mozzarella cheese, red onions, roasted
mushroom & bell peppers. 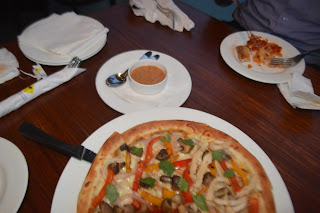 After the chilly bursts in our mouths, we opted for more authentic  Italian flavors

Fiamma was also with a spicy sauce and simple onion and tomato based toppings. This one is for the grown ups who love margarita , as in simple pizzas with fire
FIAMMA
Fiery sauce, onions and fire roasted chillies.

Other specialties include....salads and soups and mouthwatering desserts, but we were left with no space in our tummies for that.. 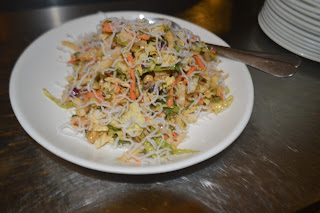 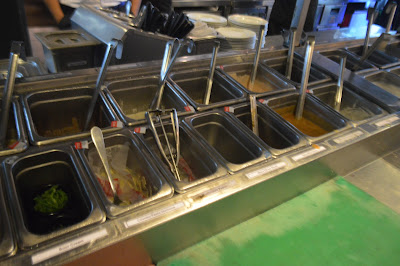 Do not miss this place, if you are around...and about