Korean Kimchi is probably more famous than Korea itself. It is a beautiful salad made with pickled veggies as its main dressing. The Kimchi is used as a base to make some wonderful other korean dishes like noodles to soups to wraps and sandwiches.

One of my roommates in the UK was from Mauritius who made this salad as a ritual after learning from a friend. It helped us all a great deal as during days when we had no time to cook, we used it to stuff ready made tortillas, burger buns or simply tossed in noodles to go along. We never complained about food for that day. 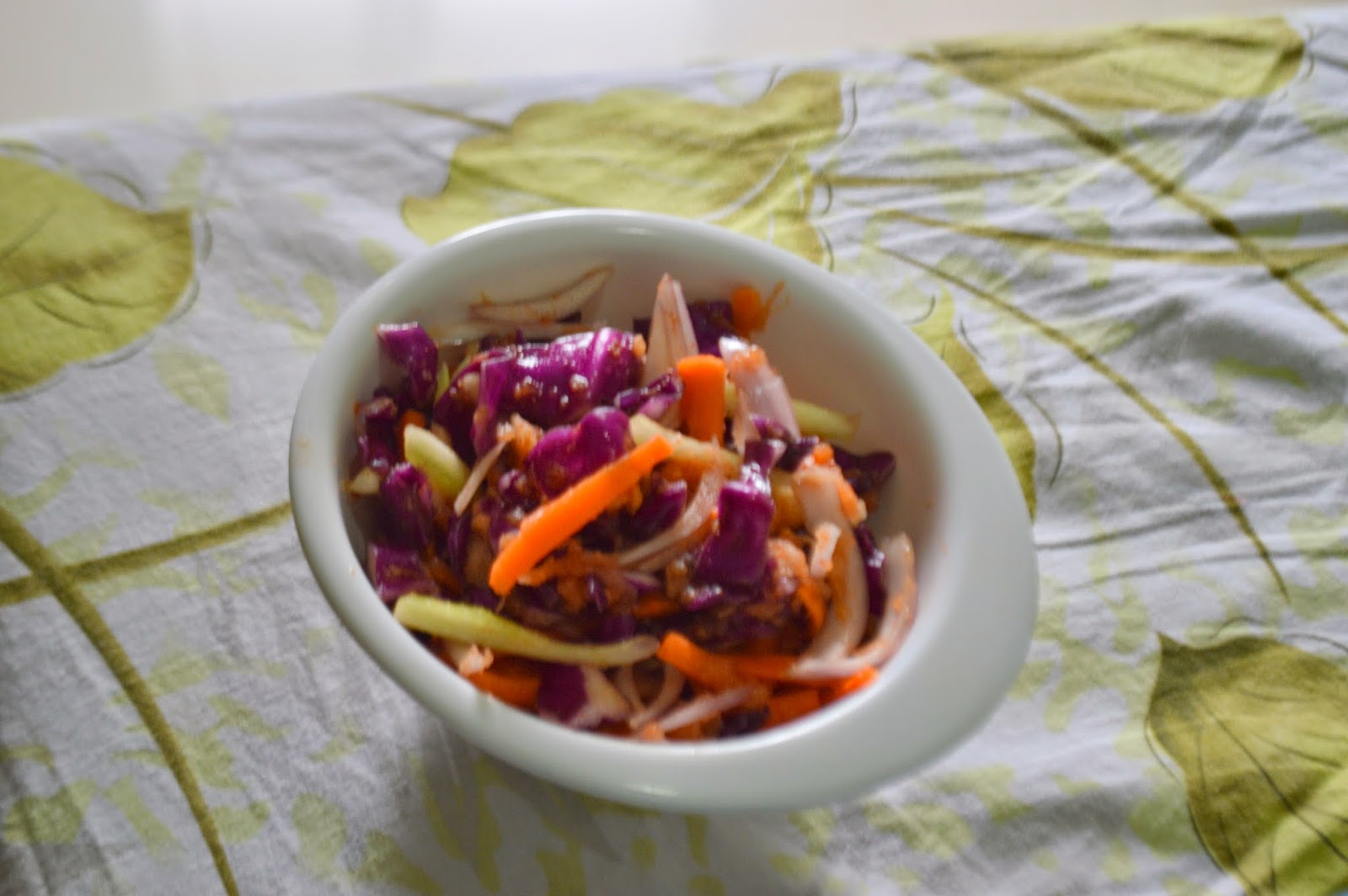 Method
1) In a mixie, blend together, the apple, pear, red onion, ginger garlic into a fine paste.
2) Add the paprika, a pinch of salt, vinegar and give a nice stir
3) In another large bowl, add the chopped, red cabbage. Add the remaining salt and let it stand for 10 min
4) After 10 min the cabbage should wilt a bit and start sweating. If it is not , let it stand for another 4 to 5 min. Using your thumb and fingers give it a nice rub if required
5) When it startes leaving water, wash it under running tap for a min only just to wash off the excess salt, but try to retain the moisture
6) Next add the chopped, carrots, cucumber, onion and the paste
7) You can now add this mixture to a sterilised bottle for fermentation. It is good to be consumed even after an hour if you like crunchy salad but the taste really develops over a day.
8) This can be stored for a couple of weeks in refrigerator

Enjoy your kinchi with the korean sticky rice and curry 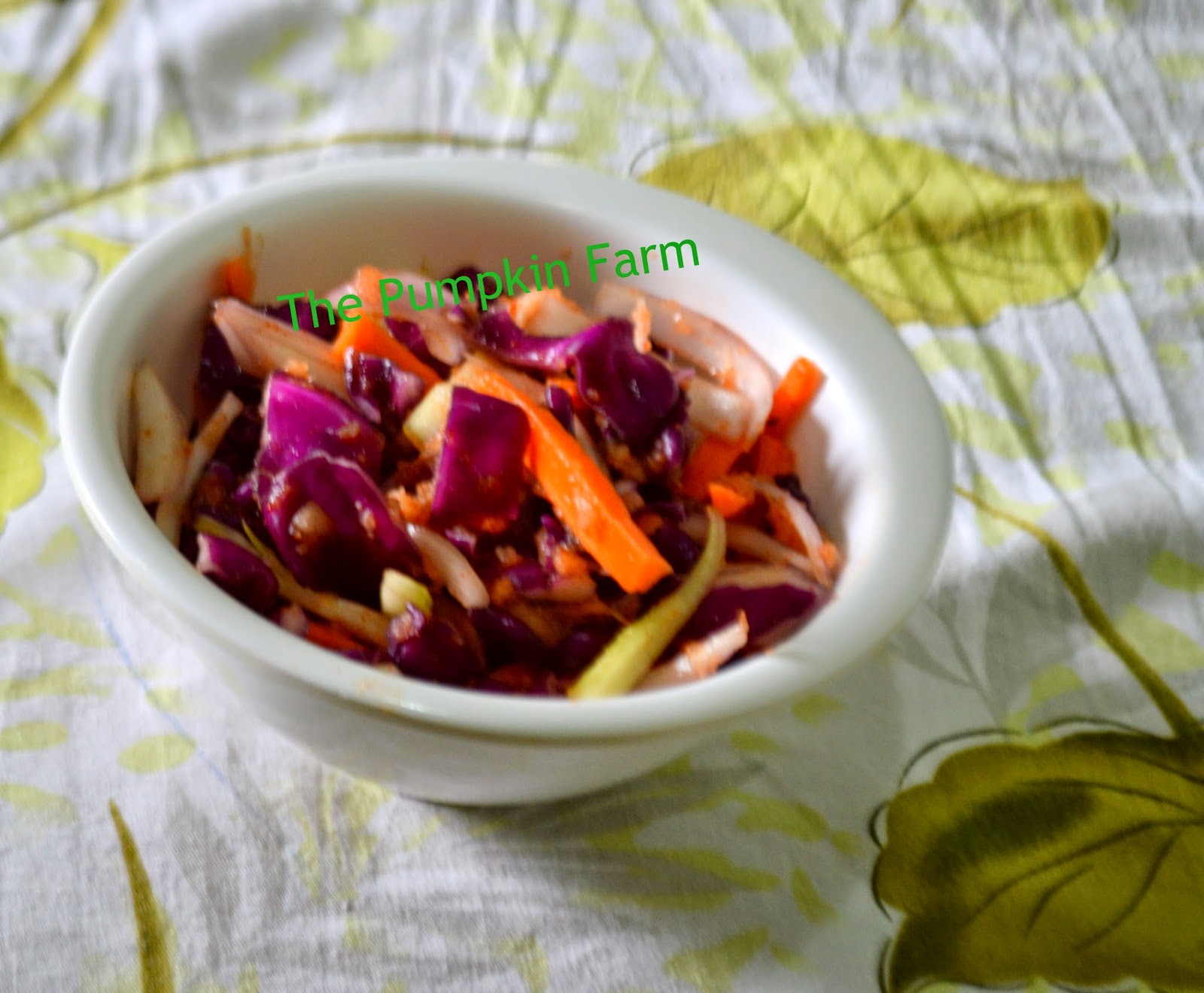 Usha said…
For my Korean meal, I got lazy and bought ready made kimchi and was disappointed. I should make it at home next time or try another brand. Kimchi looks good.
13 September 2014 at 02:27

Pavani said…
Healthy & delicious Kimchi. Love the idea of stuffing it in tortillas & burgers.
15 September 2014 at 01:23