Last week, I was looking for pav (buns) in large quantities, around 12 slabs. My local bakery refused to give it to me (a first for me in mumbai) saying that his daily customers may not like it...I was worried considering there was not much time to go around finding for more. Looking at my face , his street smart assistant, suggested that I buy some hot dog rolls which he had in excess. He said, you can always cut them in half and serve. I was not very sure but reluctantly picked a few packs, as back up as it was better to serve them rather than bread slices.
Luckily I did not run out of pav to with my (pav )bhaji, however, it meant I was stocking up excess veg rolls.
Next morning I made these rolls, which my little fellow, happily picked, saying Tom and Jerry keep eating these hot dogs (he called them burgers as apparently Tom called these are burgers). All I care is that he gave me another option to feed him after school...which is what I end my BM run this week with... 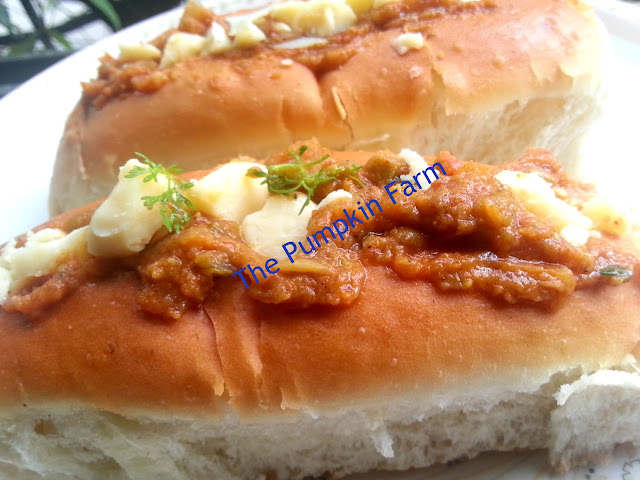 Method
1) Slice the hot dogs from the centre vertically. Remove few chunks of bread to make space if required
2) Place a lettuce leaf or cabbage leaf.
3) Add the vegetable filling and sprinkle some grated cheese on top.
4) Microwave for a minute or heat in a deep pan with a lid until the cheese melts
5) Serve sprinkled with coriander and sauces of your choice. 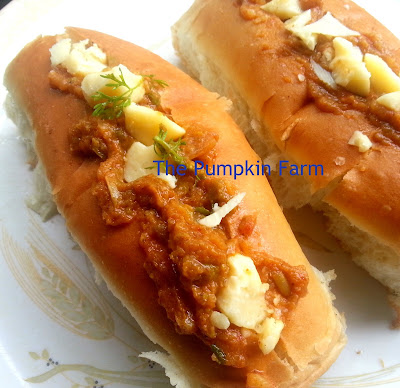 Priya Suresh said…
Wat a brilliant idea, such a filling and irresistible hot dogs,loving it.
19 August 2013 at 20:13

Srivalli said…
I am surprised the baker refused to give you what you asked for, afterall he is surely selling off everything right?..anyway that gave way to this tempting avatar!..good your lil one liked it..and it's so nice that he relates everything to what he sees..same here as well..:)
24 August 2013 at 18:35