Most south east asian countries thrive on sauce based recipes. The sauces have a strong and sharp flavor. Unlike Indian cuisine where we end up mixing a variety of herbs and spices, the emphasis on handful of ingredients. One such sauce that is very popularly used as a dipping sauce for finger foods, salads and fresh springrolls is the almond ginger dipping sauce

The ingredients are very basic and simple to use. 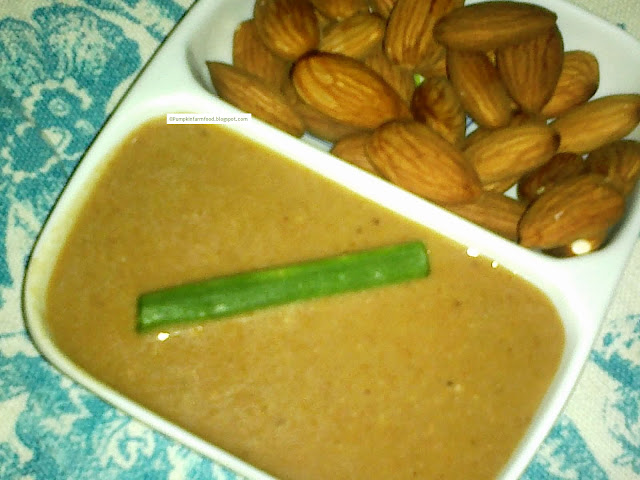 Ingredients
½ cup Almond Butter
1 tbsp freshly grated ginger
½ tspn chilli flakes/powder
1 tbsp soya sauce/ tamari
1 tbsp vinegar/ lime juice (I used vinegar as do not like lime juice mixed with soya sauce
½ tspn sugar (I used brown as I had it)
½ cup water
Method
1) Mix all ingredients in a bowl using a whisk.
2) Add more water depending on the consistency you like
3) Use as a dipping sauce or to make gravy
Email Post
Labels: asian dips